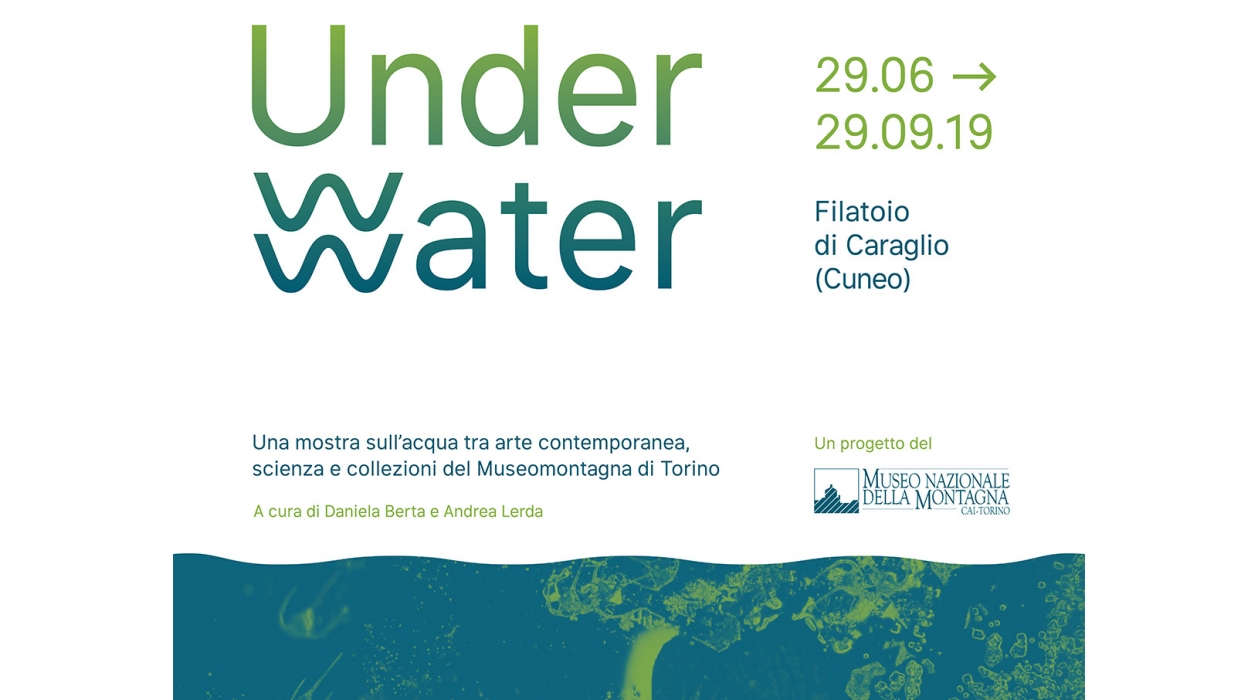 The exhibition Under Water, that temporally follows the project titled Post-Water (presented at the Museo Nazionale della Montagna in Turin) arrives at the Filatoio di Caraglio as an extension and completion of a reflection on a theme of great collective urgency: water.
Conceived as a journey between past, present and future, the narrative path of the exhibition uniquely avoids analyzing idrological problems in the Antropocene Era and those that can be considered as scenarios of a “post-water” future.
Rather, it seeks to make a reflection on the concept of "under water", to be understood as man's ability to reattune itself with the natural rhythms, in order to facilitate a mitigation process of climatic change. This are the Nature Based Solutions (NBS) which must be understood, together with grey solutions provided by human engineering, as a fundamental opportu-nity to respond to the urgent water challenges of the foreseeable future.
It is in this setting that is inserted “Acquaviva”, a project financed by the CRC Foundation in the context of the “Interventi Faro” announcement and of future realization in the ex Polveriera of Bottonasco in Caraglio area.
A reality that highlights the reflection on water which is taking place in this geographical area. Like any other place, mountain regions must learn to meet the challenges posed by climate change, identifying new systems for collecting, storaging and managing water resources, which can respond as much as possible to the ethical and functional needs for generations to come.